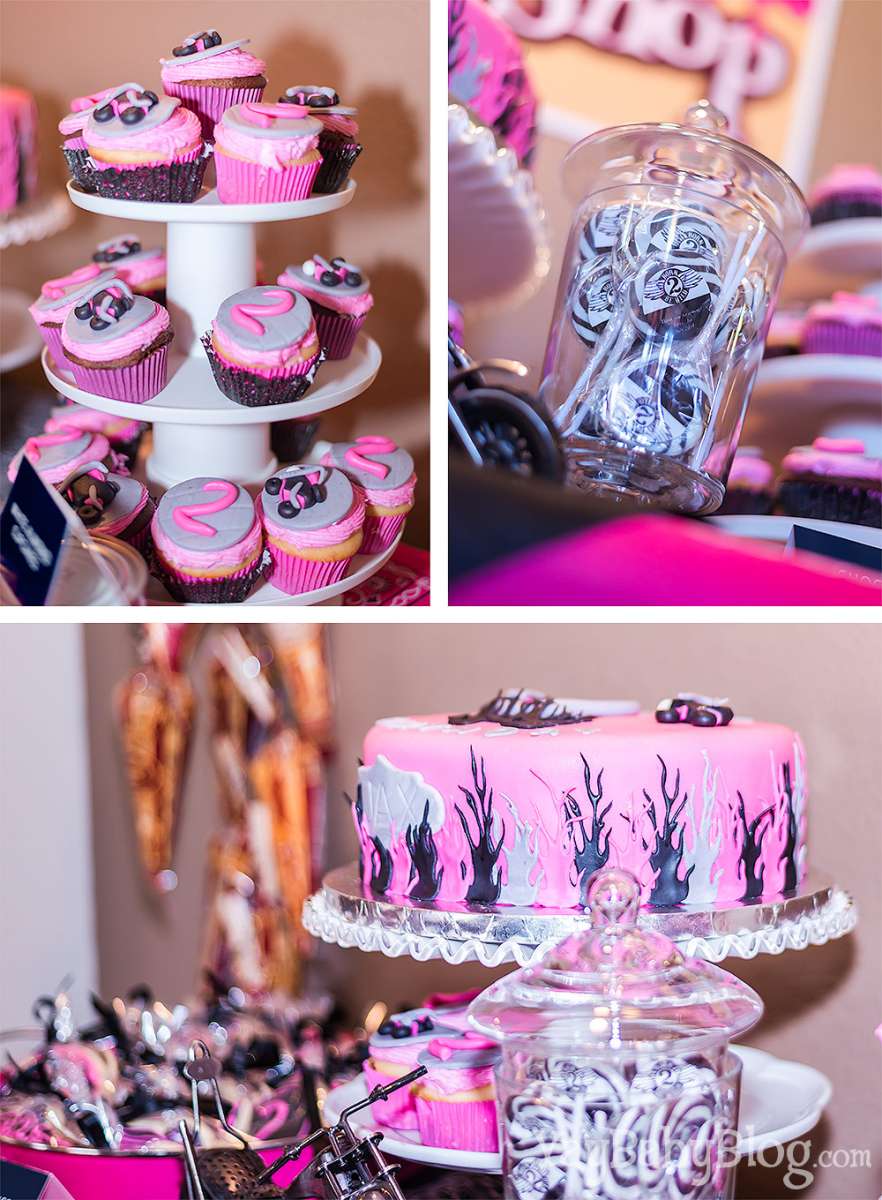 I always say the best thing about going to a birthday party is the cake!  Think about it.

The cake is everything. It’s the sweet tribute to the guest of honor, it lights up a room with glowing candles, it’s the cue guests need to begin their song, it’s stands as a centerpiece and, it tastes good. So be it in cupcake form or a tiered confection draped in fondant, the cake needs to be fantastic. It’s a must. 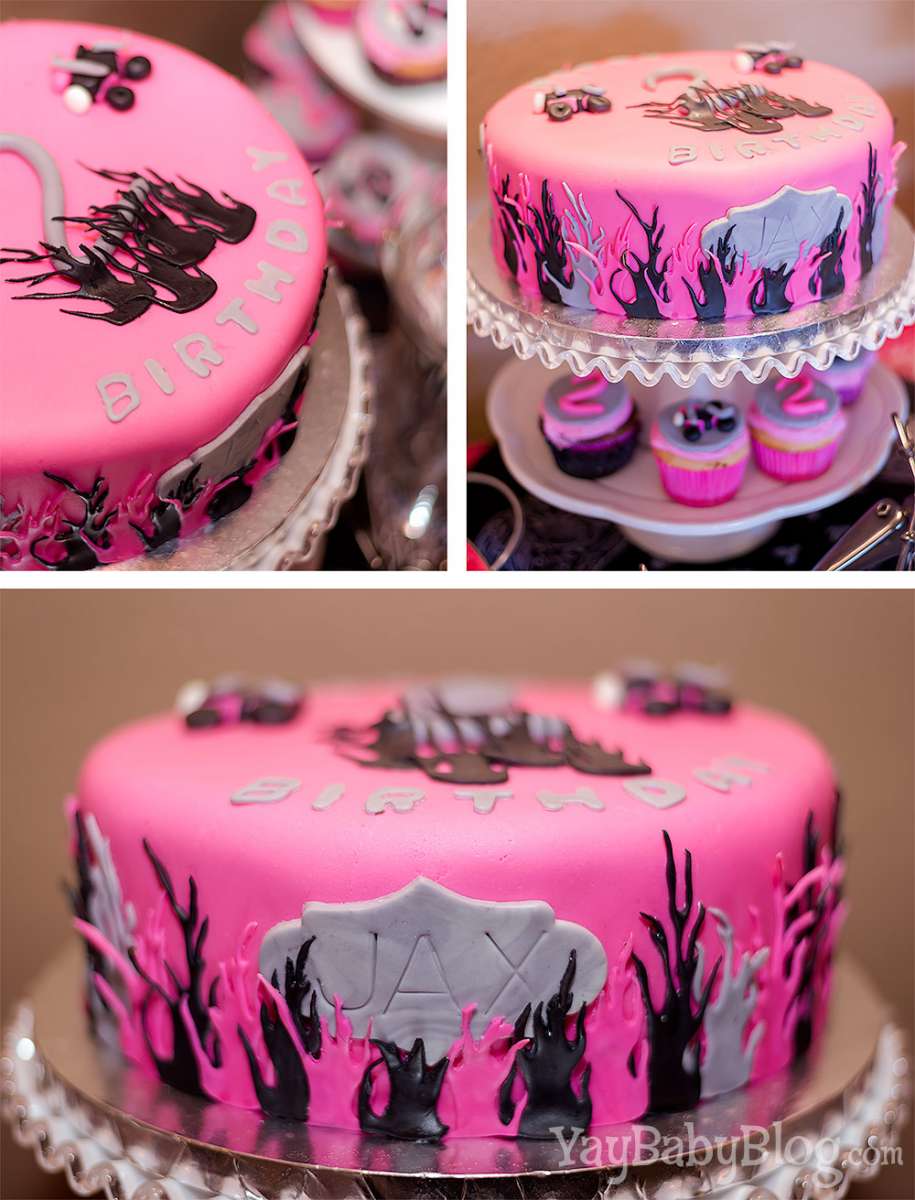 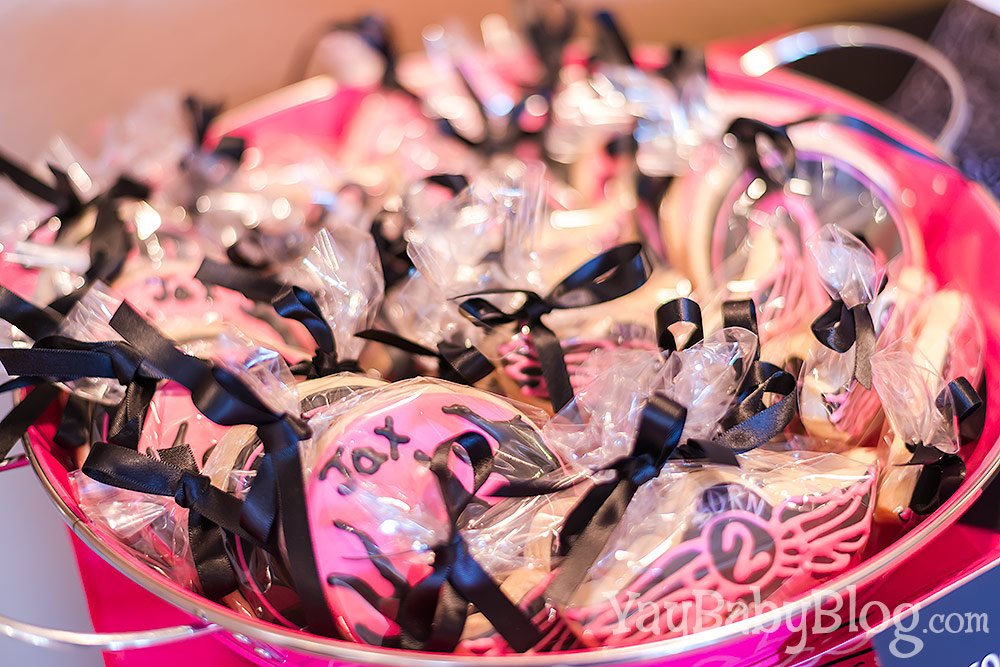 I ordered her cake, along with custom-made sugar cookies and cupcakes from Cathy’s Cookie Creations. I’d never used her before but she was referred to me by several people so I gave her a try.

Goodness, did she amaze. The cake floored me…and the cookies…oh my, the cookies! They were so friggin’ cute it almost pained me to put them out to be devoured. She replicated the “Born 2 Be Wild” logo into a cookie! Amazing. And delicious. 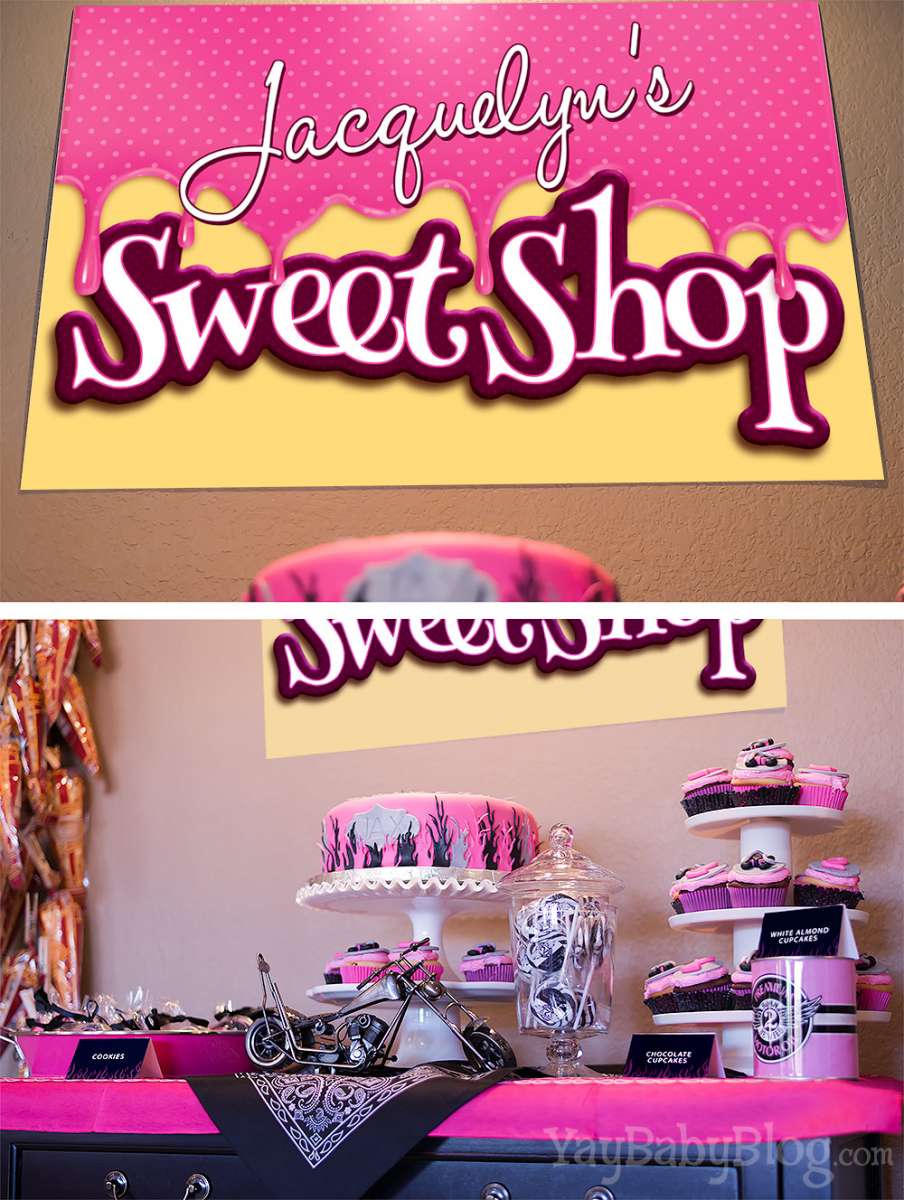 The cake, cookies and cupcakes were displayed in Jacquelyn’s Sweet Shop, along with personalized lollipops and bags of gourmet popcorn from Popcornopolis.

We set up the “sweet shop” in an alcove and used the buffet that was already in the space as the display table. It’s a small surface area and with all the baked goodies I didn’t have room for the popcorn. 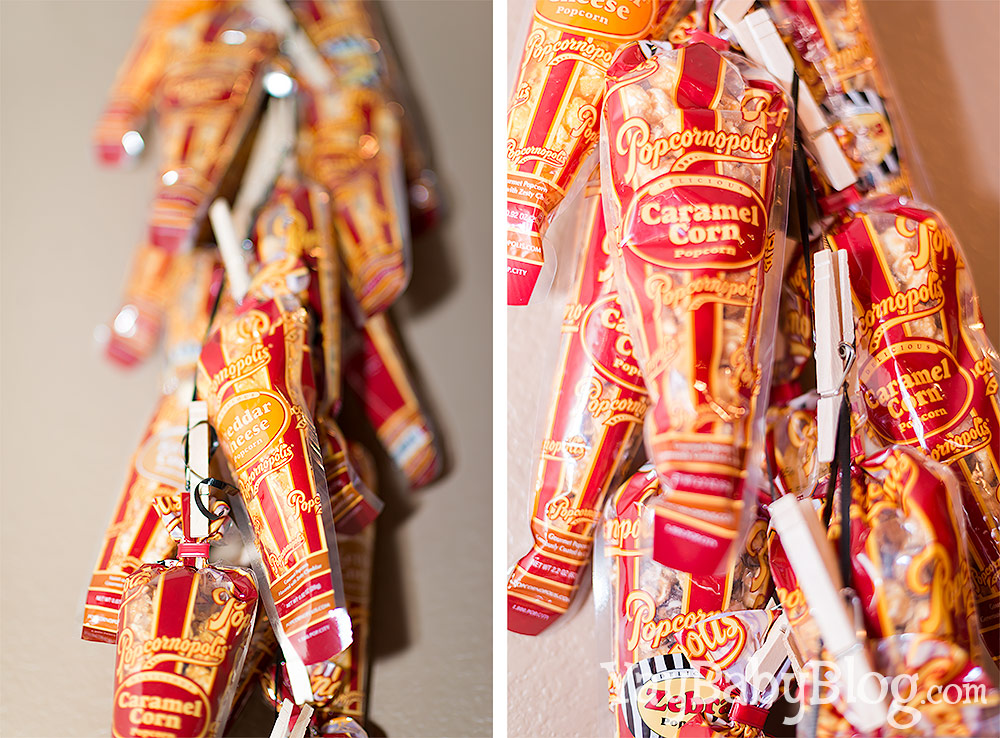 In a stroke of brilliance, I decided to string up the bags of popcorn using curling ribbon and clothes pins. We tied the strung-up popcorn to Command hooks adhered to the wall. It saved space and looked really cute. Yay! 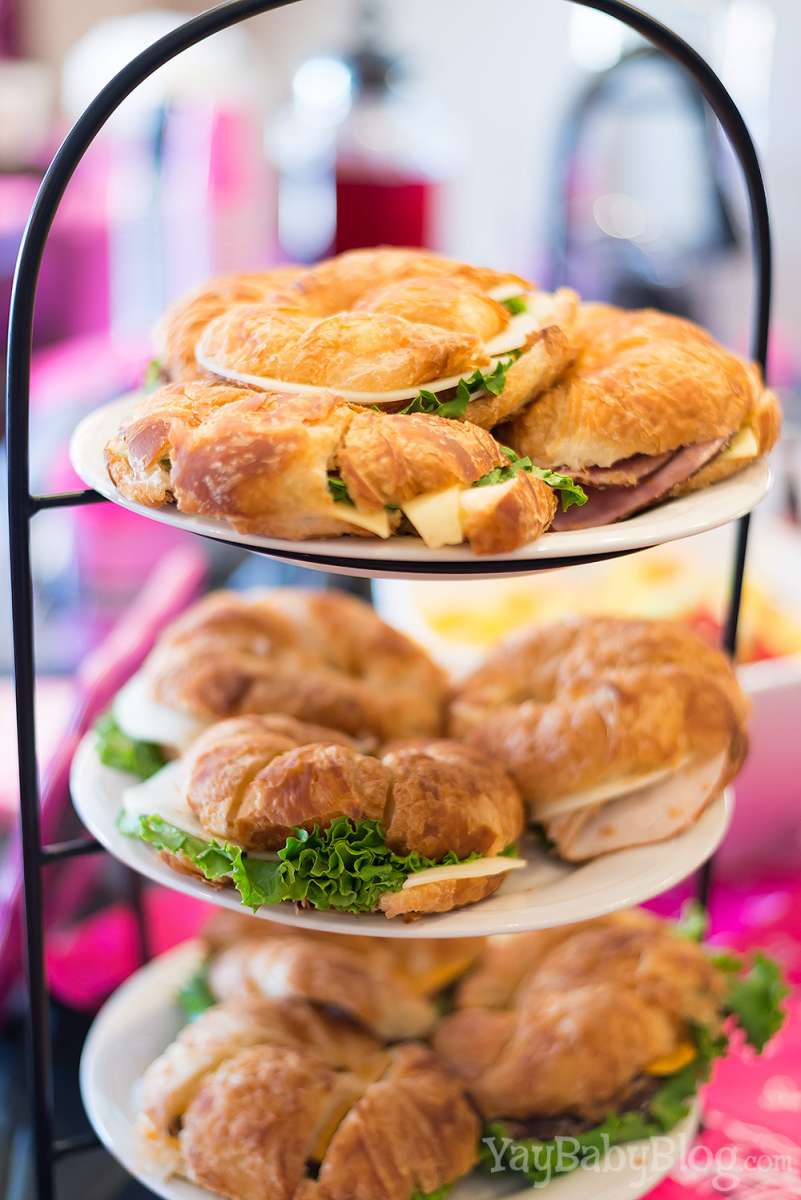 Lunch was kept simple. Sandwich and meat trays ordered from Costco and arranged attractively on platters and tiered service stands. 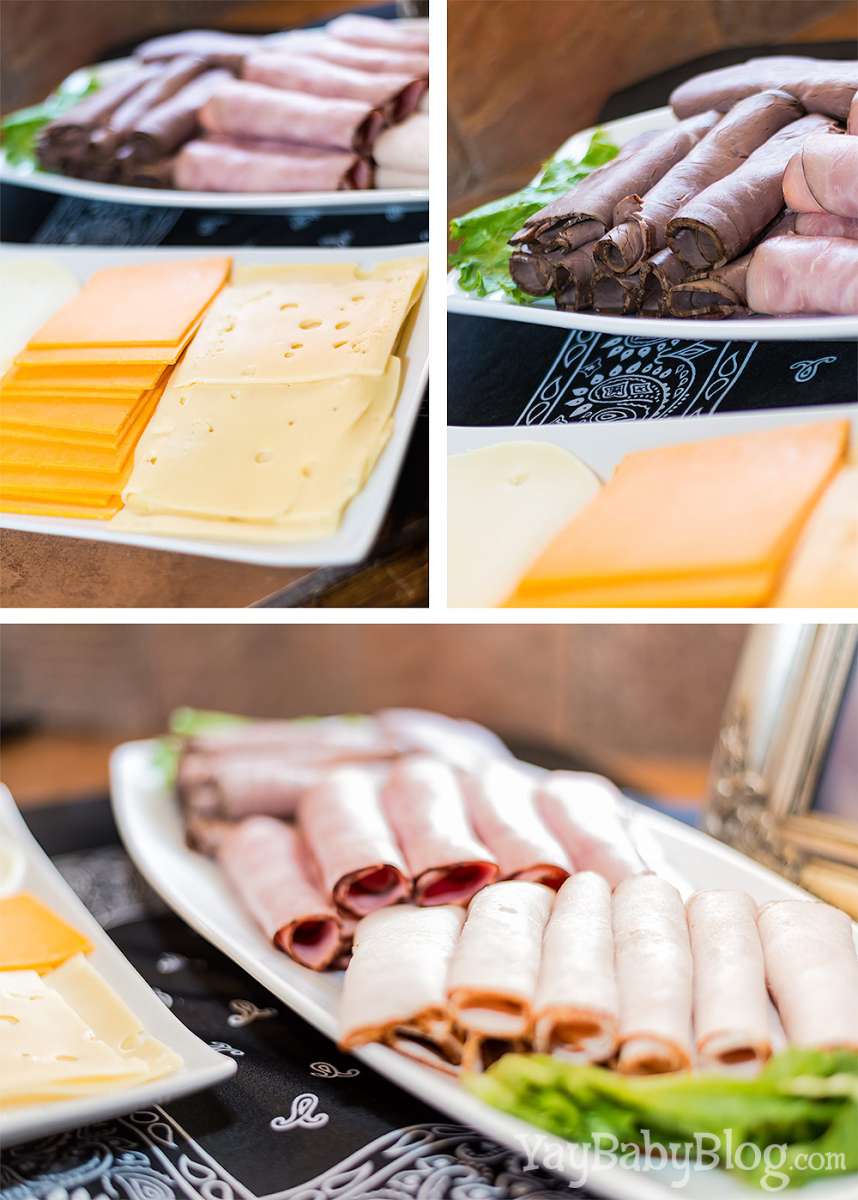 The meat/cheese tray went over well because it was an easy food for the toddlers. Originally, I had planned to do only sandwiches then remembered that Jax doesn’t eat bread or sandwiches but loves ham and turkey roll-ups.

As it turned out this was the case with many of the toddlers at the party and I think parents appreciated not having to dissect sandwiches for the meat and then waste the bread. 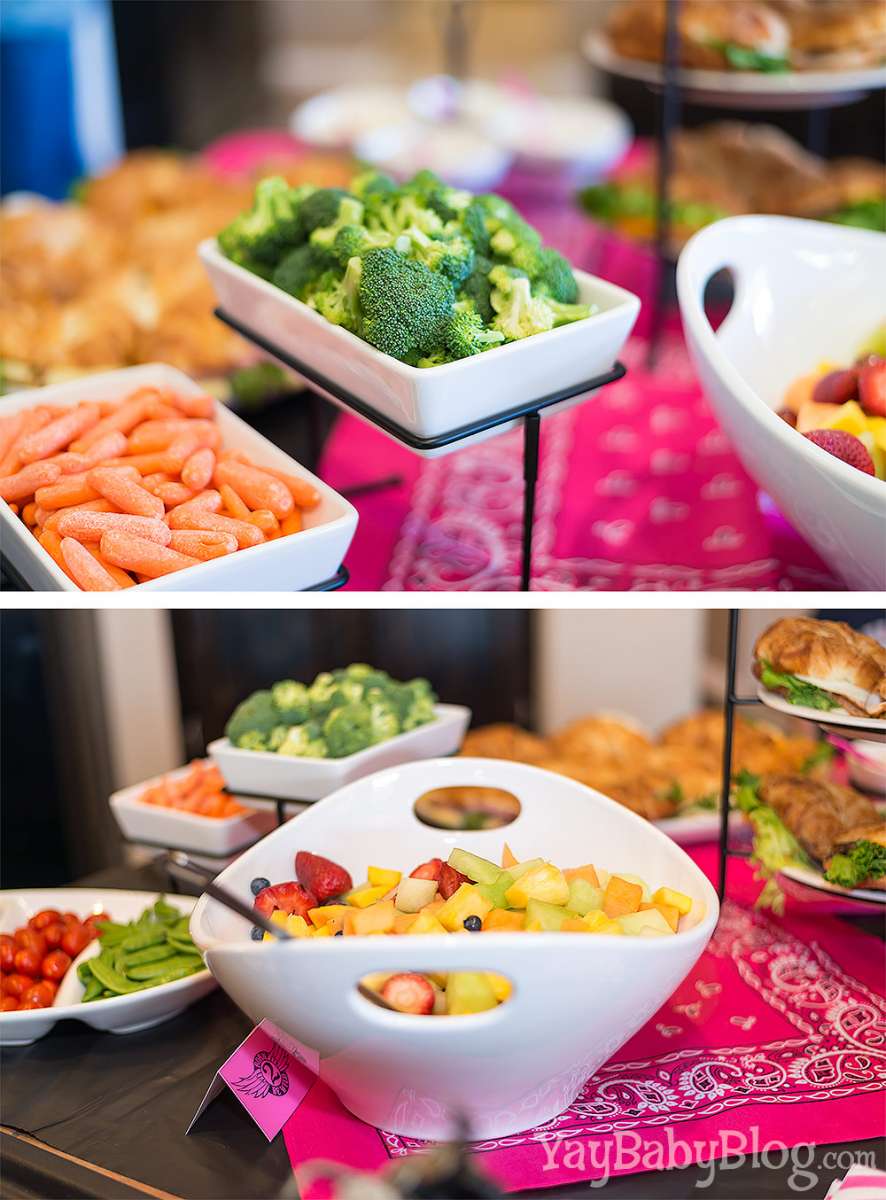 Veggies and fresh fruit rounded out the buffet. 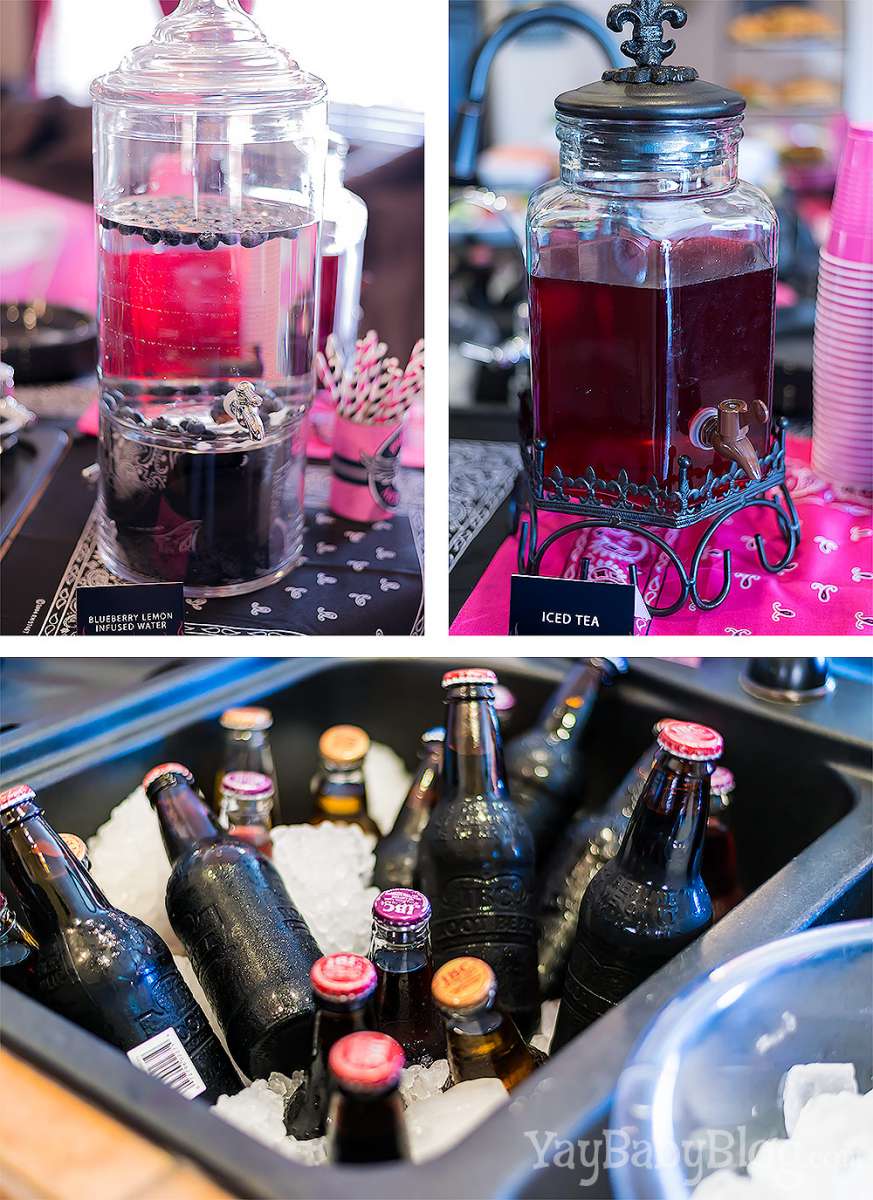 This party’s menu was pretty much identical to Jax’s first birthday party but that was ok. Sandwiches, chips, fruit and veggies are an easy and inexpensive way to feed a crowd. Plus, it was relatively healthy and everyone liked it.