As I said in yesterday’s party post, the concept of Jax’s second birthday party was a “biker rally.” Now, I don’t frequent such events, I’ve only ever been on a motorcycle once; but I envisioned guests cruising around the party, stopping at different stations for food, activities, mingling and “shopping.” I wanted to set these stations to evoke the feeling of little stores or booths, like you would find at a festival or…. a biker rally.

Jacquelyn’s daddy is a talented graphic designer and I put him to work on all the party signage. It was a lot of fun to collaborate with him on what I had in my head and seeing him bring it to life. We’re a great team, and that team work reflected in all the cute details of this Biker Bash.

Jax’s Full Throttle Boutique. I wanted the signage to reflect something feminine and rustic, suitable for a cool biker chick. He nailed it with the sign.

I purchased white gift bags from Michael’s and stamped them with the “Born 2 Be Wild” logo (daddy designed). Then I used Command hooks (found at Target) to hang the bags and guests were invited to fill them up with the fun biker-themed loot!

If you are ever in the market for a custom rubber stamp, I highly recommend Simon’s Stamps, they had a super easy, online ordering process and a quick turnaround (I had the stamp 3 days after ordering), plus the custom stamp was much less expensive than I had anticipated. 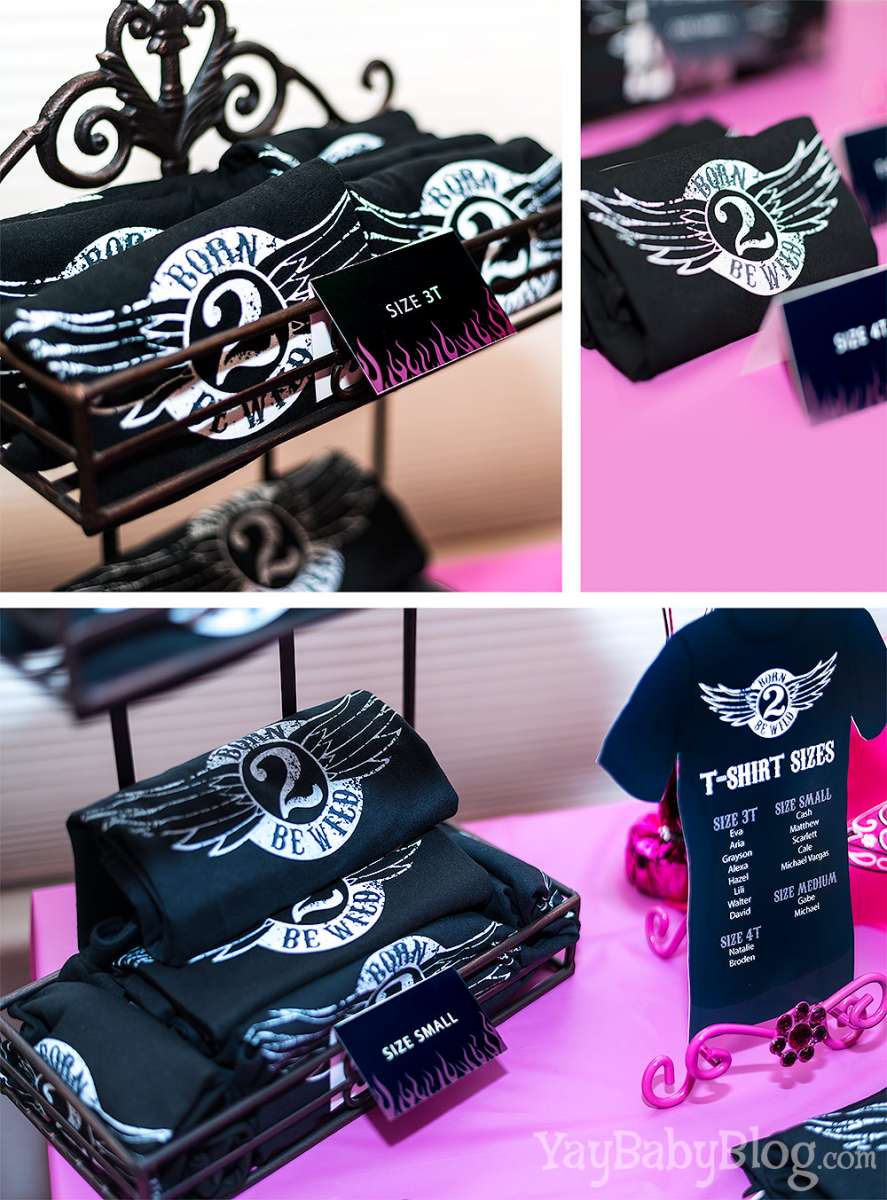 I had custom shirts bearing the “Born 2 Be Wild” logo made for all the kids . They loved them so much most of the little ones changed into them immediately. It was really cute to see so many teeny kids running around in black biker shirts.

The t-shirts were ordered from Stirling Promotions. I did a lot of shopping around and price comparisons. Sterling was by far the least expensive and they offered friendly and prompt service. The shirts turned out perfect and they are high quality. I’ve received lots of feedback from parents that their kiddos love their shirts and insist on wearing them all the time.

That made me happy. I really wanted to have a party favor that would be appreciated and used. And I achieved just that with these. 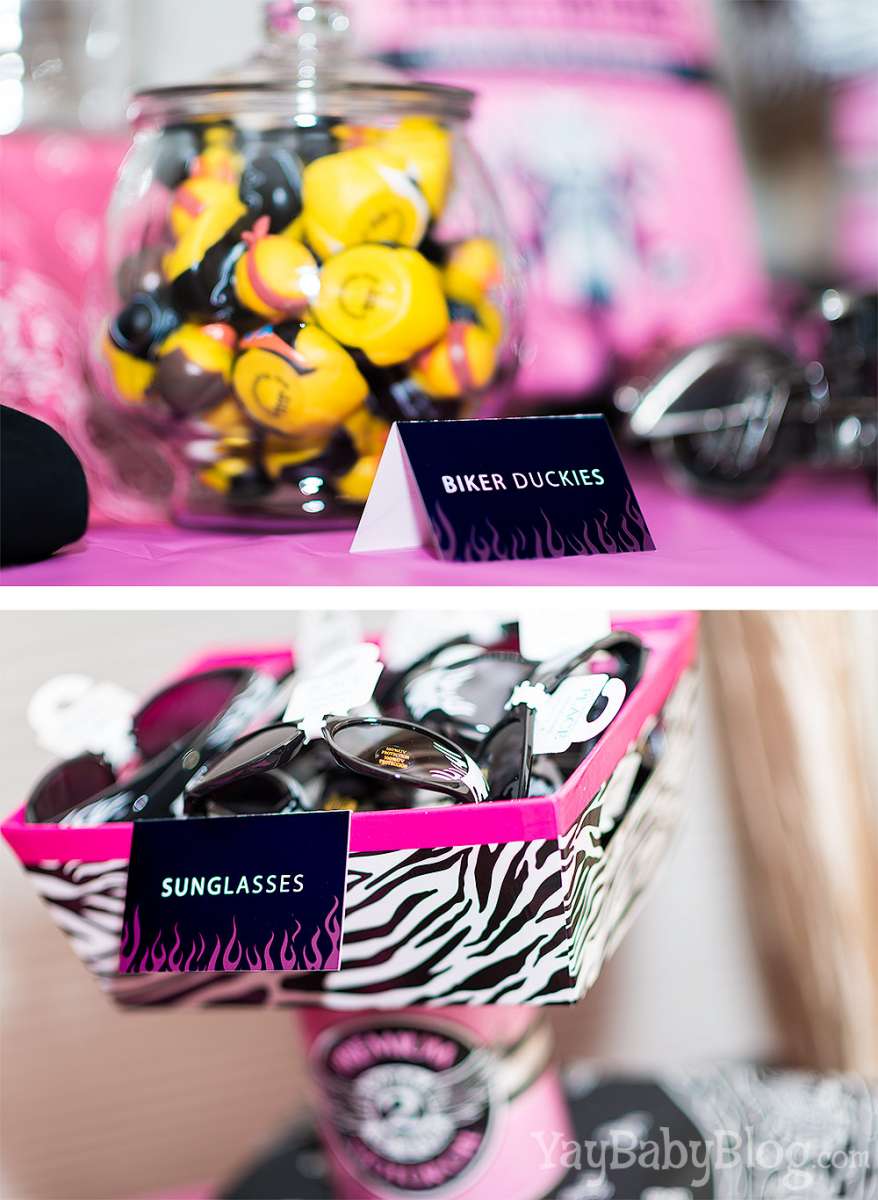 I purchased the sunglasses months ago at The Children’s Place when all accessories were 50% off. The original price was 2 for $5 so with the discount they were $1.25 a pair, I combined that with a 25% off coupon and they were an absolute steal! I was so excited to find sunglasses that matched the theme so well!

My biggest piece of advice when party planning is giving yourself lots of time to find the best deals. Jax’s birthday is in July but I was looking for stuff for the party during last year’s Black Friday and after-Christmas sales. I know it sounds crazy but it paid off. 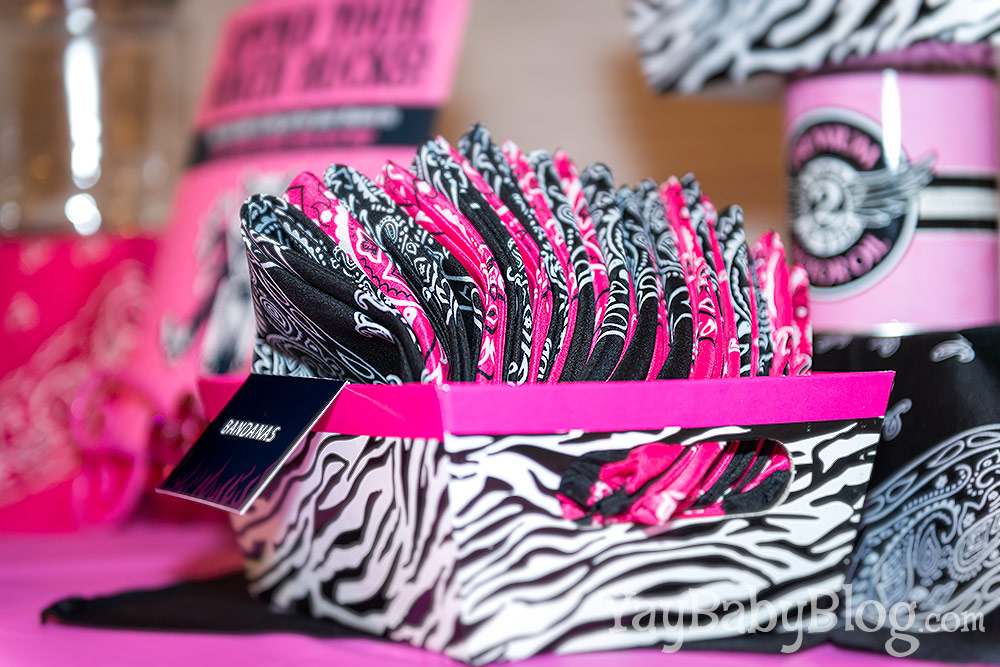 No biker party is complete without bandanas. Another cute image – tiny kids in doo-rags! Like this one: Jax’s friend, Hazel. Can you stand it?! 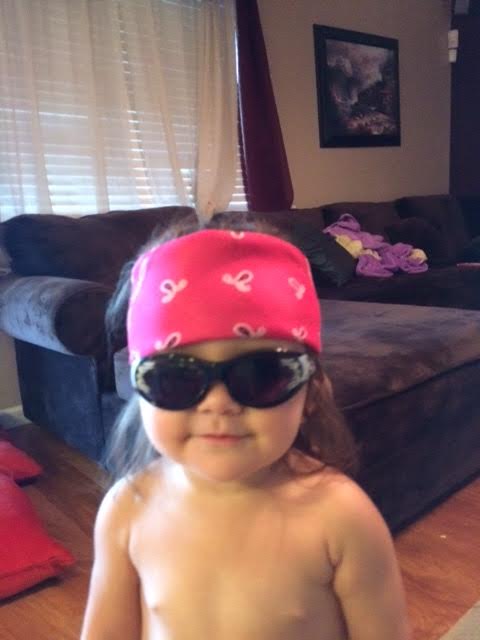 Thanks, Mel, for sharing the cuteness of your little biker chick! 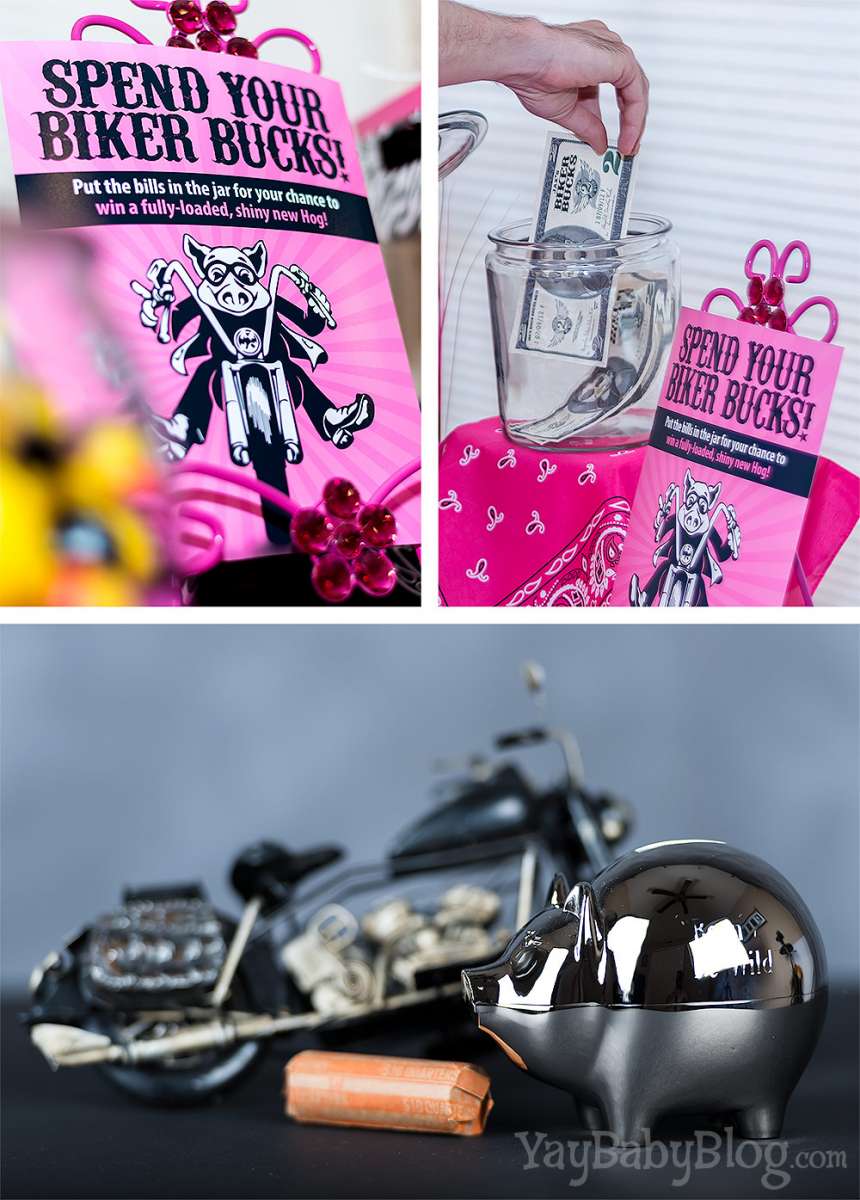 Ok, so here is what I must say was my most genius idea of the party. We gave everyone in attendance “biker bucks” (pictured at the top of the post) to spend at the boutique. Then they wrote their name on the back of the buck and put it into a drawing to win…get this…“A Fully Loaded Shiny Hog.” Now you tell me what biker wouldn’t want a fully-loaded Hog, which in  this case was a sterling silver piggy bank and a roll of quarters. Get it? Hog? Fully loaded?

I purchased the piggy bank from Rumors Gifts on Etsy and had them engrave it with “Born 2 Be Wild” to commemorate the party.

A few weeks after Jax’s first birthday party, I came up with the biker theme for her second (because I am insane). I looked for inspiration and found it here – credit must be given where it is due. Thanks to Brendan’s mama, Paula, from Frog Prince Paperie for the amazing ideas – your little boys party was adorable.

And yes, I am ALREADY thinking up ideas for Jax’s third birthday. Insanity always prevails.