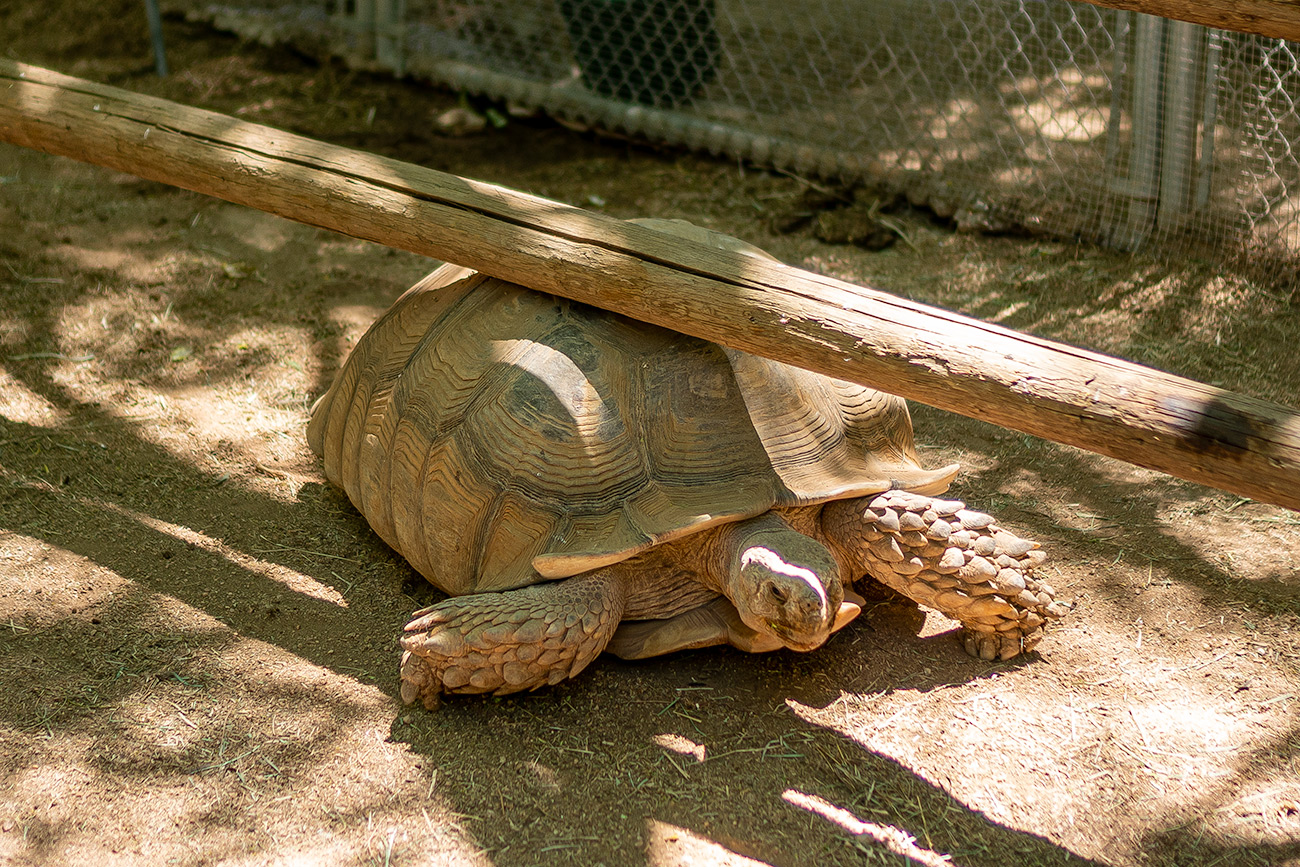 It all started with an orphaned baby coyote, a distraught farmer and a woman with a kind heart and a love for all living things. Back in the early 90’s a farmer accidentally ran over a coyote den leaving one newly born surviving cub. The farmer tried desperately to find someone to care for the pup and fate led him to Diane Searles. Searles took in the baby coyote, and named him, Don. At the time there were no vets who would care for injured or orphaned coyotes and Searles saw an immediate need for a rehabilitation center specializing in the care of the wild mammals of the area.

She purchased 10 acres in northeast Scottsdale and Southwest Wildlife Conservation Center (SWCC) was born. Don lived a long life at SWCC and served as the center’s ambassador. Now almost 30 years since that orphaned pup and Searles met, SWCC has given aide to countless other orphaned, injured and displaced mammals, including other coyotes, bears, bobcats, mountain lions, foxes, skunks and much more! Many live at the center for the remainder of their lives, unable to ever be released, but most are rehabilitated at SWCC and returned to the wild.

Over the summer Jax and I visited some of the animals at SWCC and are eager to help spread the word about the center’s fabulous mission. We were only permitted to see the animals who are living at the facility and will not be released. Since they are not going back to the wild human contact is ok for them. We saw coyotes, bears, bob cats (my favorites), foxes, a giant tortoise (Jax’s favorite) deer, wolves, and more. We even saw a jaguar/leopard cross-breed, named Leonardo.

While most of the animals at the center are indigenous to the region, there have been times when SWCC has taken in exotic and non-native animals until a more suitable place can be found for them.

We visited in June when a huge wildfire was ravaging part of our state, displacing thousands of animals. Many of those animals were brought to SWCC. The rehab area is kept separate from any areas where visitors can go and the animals there have pretty much no human contact, not even with staff; this ensures they can be safely released when the time comes.

Our visit was educational and informative. Robyn, our tour guide was a wealth of knowledge and answered all of our questions thoroughly, explaining things in a way that Jax could understand.

SWCC hosts Walk with Wildlife Tours a few days a week, as well as monthly Full Moon Tours, where guests get to explore in the dark under the light of the full moon; both tours are guided, the Full Moon Tour includes light refreshments. Click here for details. Special events include Howl-a-Ween and Happy Howlidays Parties and guest speakers. Proceeds from tours and events go directly to the care of the animals at SWCC.

I was so impressed with the mission of SWCC and Jax really loved our tour. We both left with a newfound respect and appreciation for the wildlife in our state.

Southwest Wildlife Conservation Center is a 501(c)(3) and relies on volunteers and donations from the public. Click here to find out how you can help.