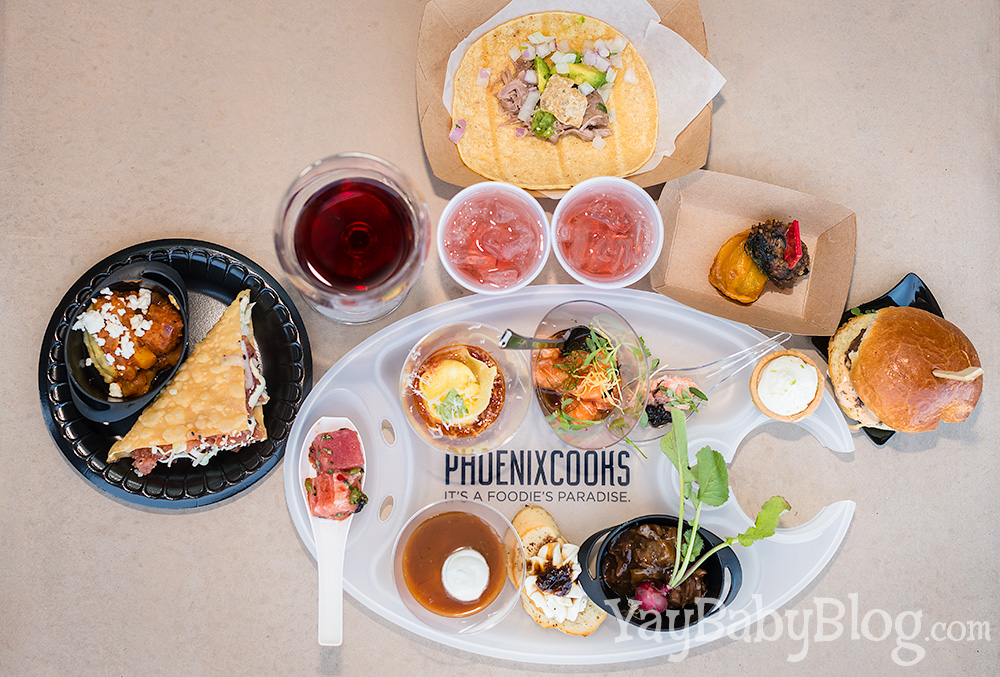 Arizona’s food festival season was officially ushered in this past weekend with the 12th Annual Phoenix Cooks. This premier foodie event was held indoors at the beautiful Westin Kierland so attendees could stay cool as they ate their way through tasty noshes from some of the best dining establishments in town, all while benefitting Banner Childen’s.

Two adjacent ballrooms were packed with tables manned by chefs and culinary teams dishing out some serious eats. On the main stage chefs battled it out in a cook-off using a mystery ingredient. On a smaller stage various chefs and foodies divulged secrets and culinary tips. Everywhere you looked people were eating, smiling and laughing. That is one of my favorite things about a good food event, everyone is having a great time, food brings that out in folks.

I can’t wait for Phoenix Cooks to roll around again next year for it’s 13th season. It’s one of my favorite foodie events.

Check out the goods from this year. Captured between bites! 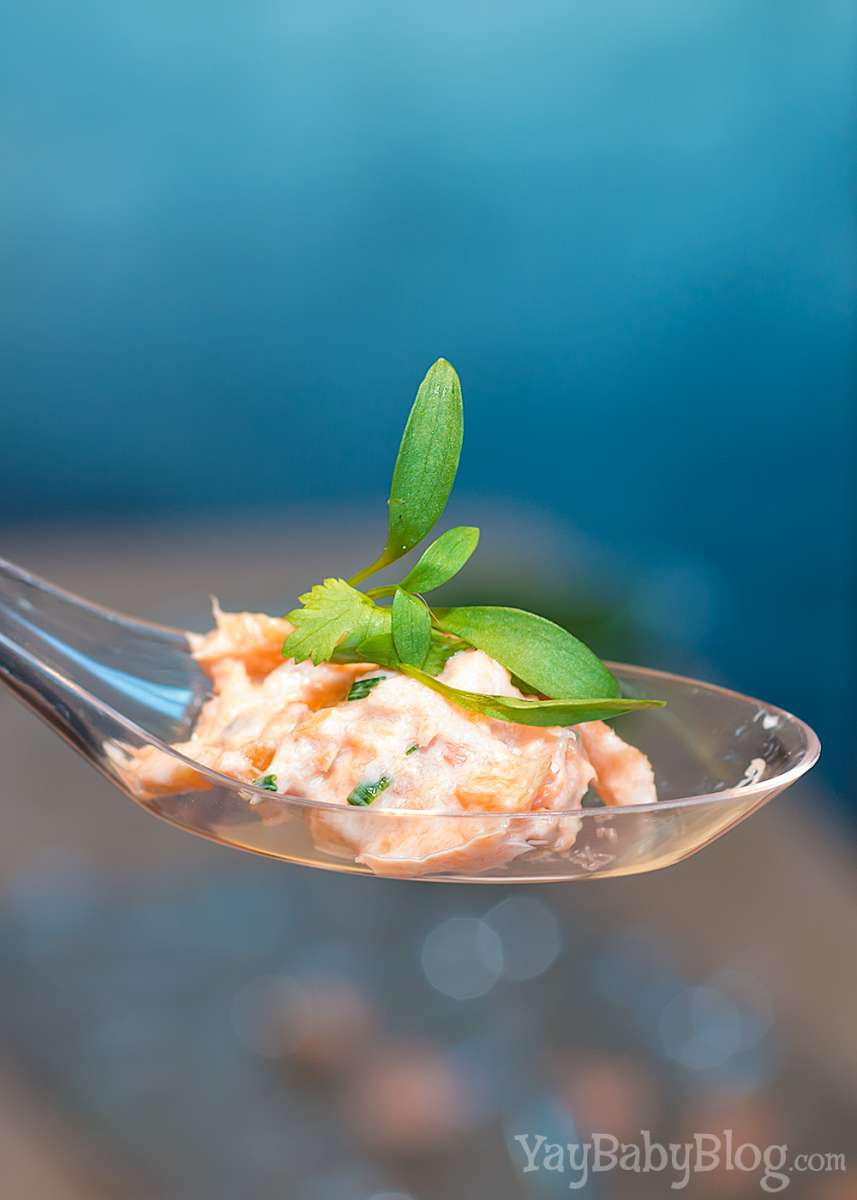 A tasty little spoonful. Salmon Rillette from The Granada Bar & Grill at The Embassy Suites by Hilton in Scottsdale. 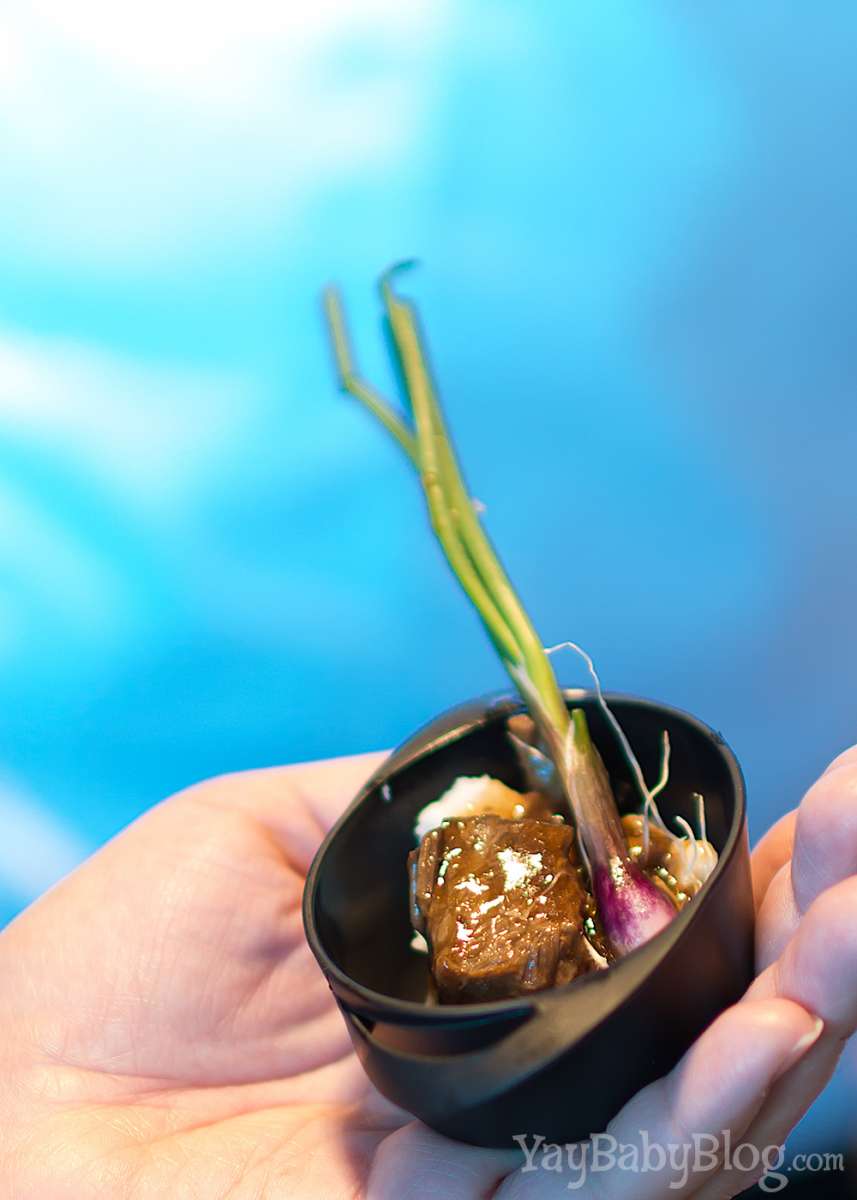 A tiny cauldron of melt-in-your-mouth short ribs with mashed potatoes, also from The Granada Bar & Grill. Chef John Du Toit came to impress with the offerings he and his team brought to the event. The presentation of their samples were impeccable, the attention to detail was thoughtful, like the micro spring onion in the photo. Delicious and beautiful. 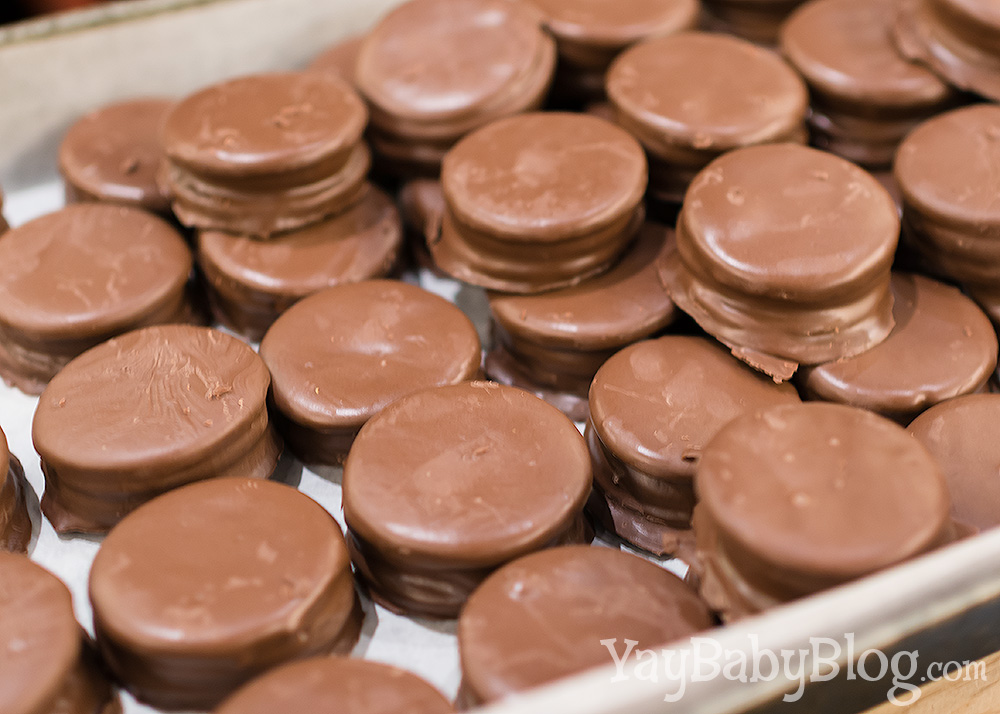 I couldn’t get enough of these moon pies from Fluff It Marshmallows. I could have stood at their table for the entire event shoving handfuls of these babies on my mouth. I have not been to their shop in Gilbert, AZ yet but I am itching to go. They do amazing things with marshmallows. 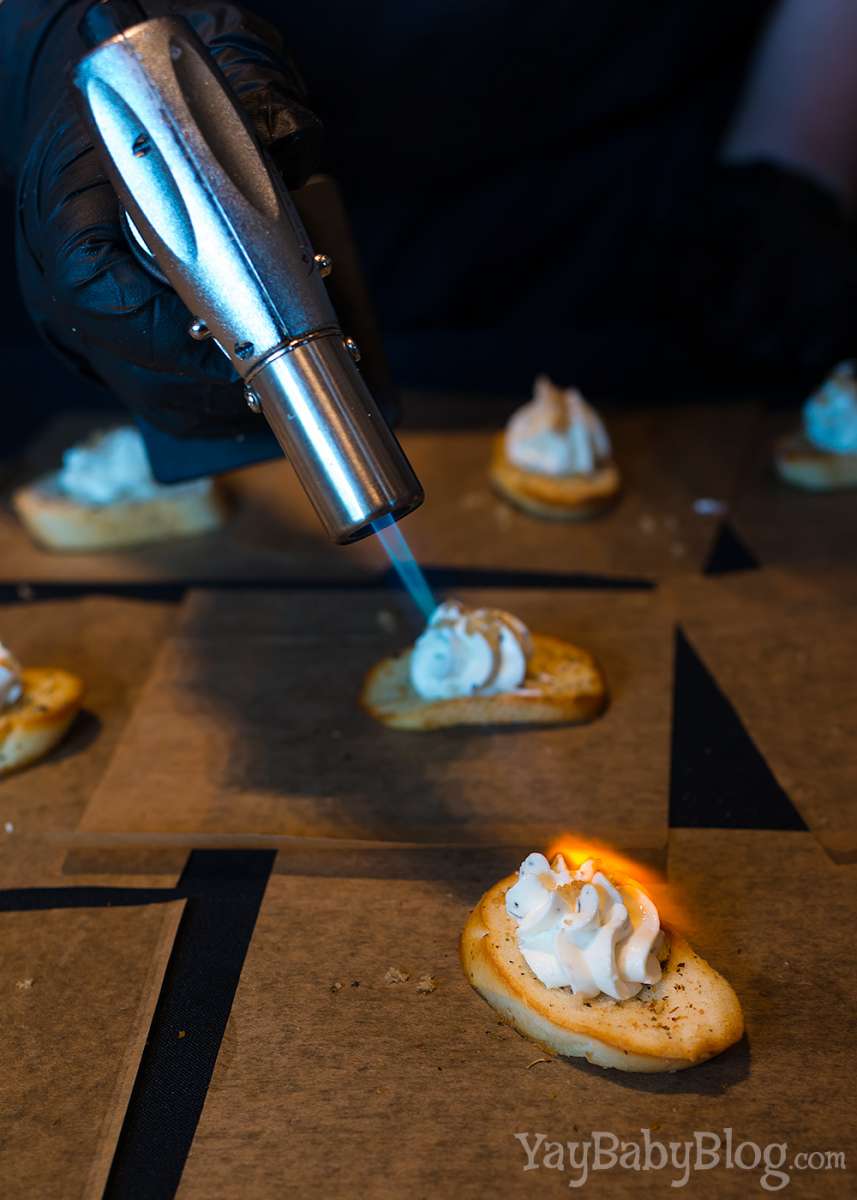 I ate about three of these Goat Cheese Brûlée Crostini from Roadhouse Cinemas. Have you all heard of this place in Scottsdale? It’s a locally owned and operated first-run movie theater offering more than just popcorn and Red Vines. They have a full menu with salads, sandwiches, wraps and pizzas. Every seat in the house is a cushy recliner and tickets are affordable! It’s my new favorite place and I have never even been there…yet! 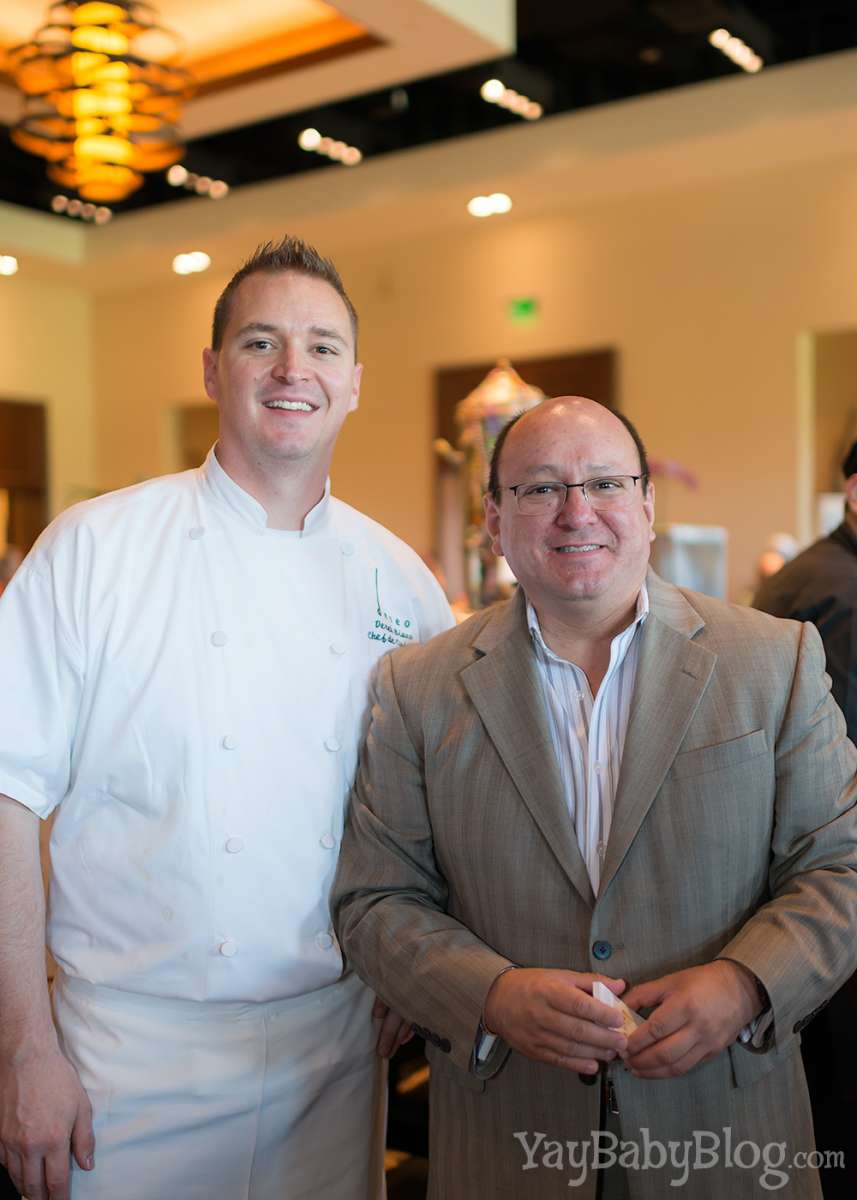 Chef Derek Biazo and Juan Vallejo, GM at Deseo at The Westin Kierland. These are two of the most charming men I have met in the Valley culinary scene. 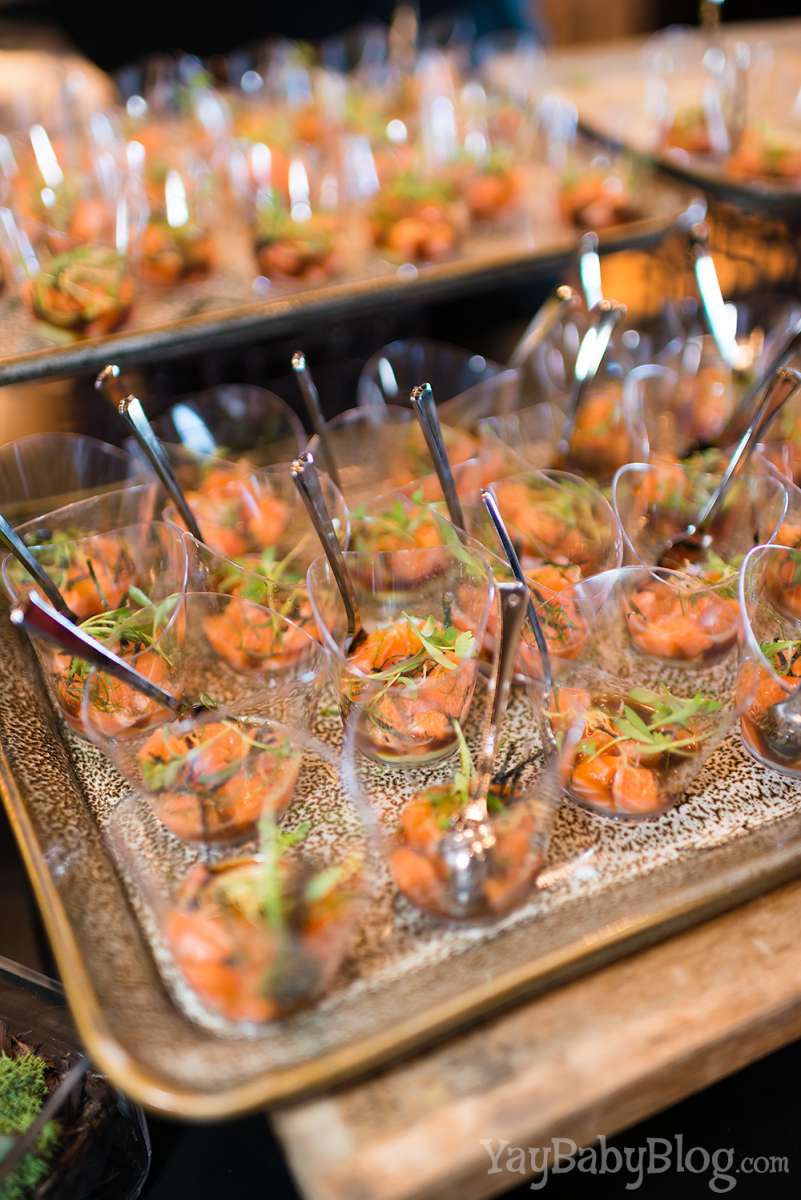 And the the Tuna Deseo was serving up was one of the best things I ate that day. The line they had told me most agreed. Top notch! 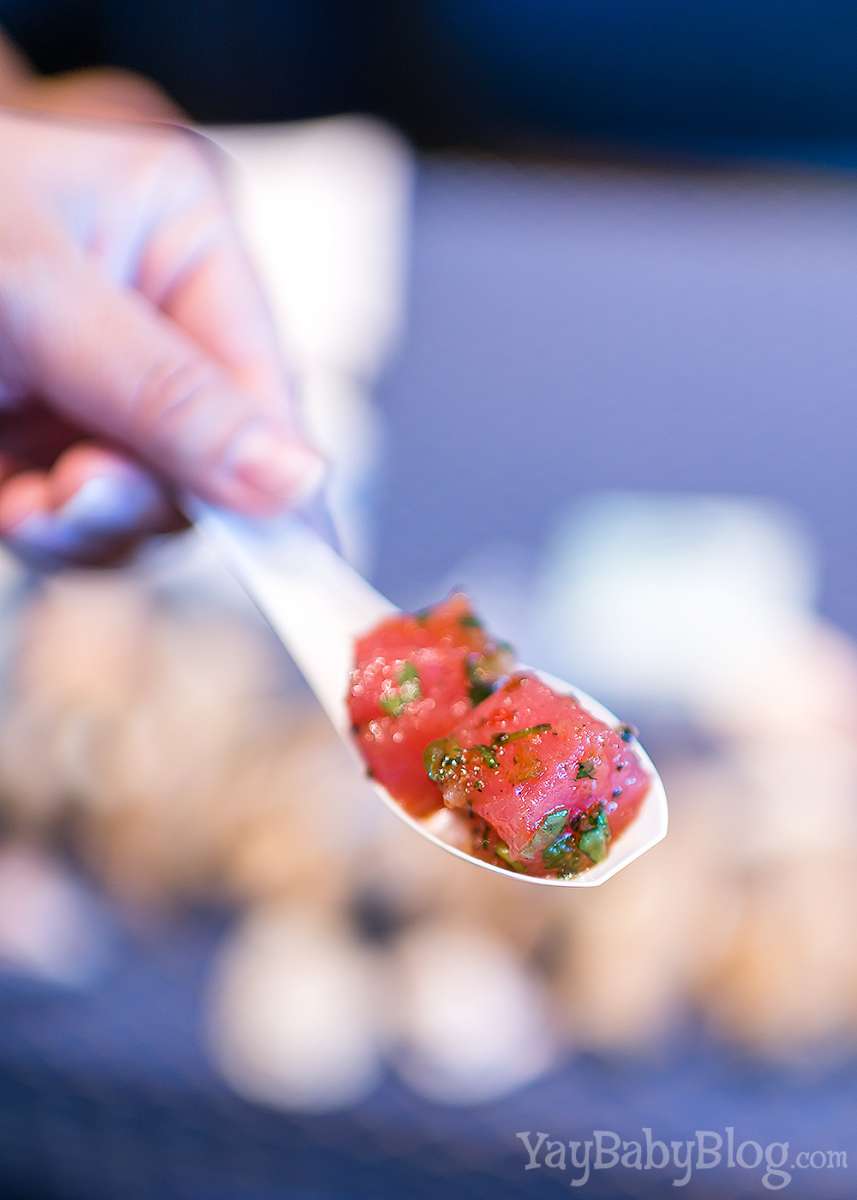 A delightful Ahi bite from The Crab & Mermaid Fish Shop. 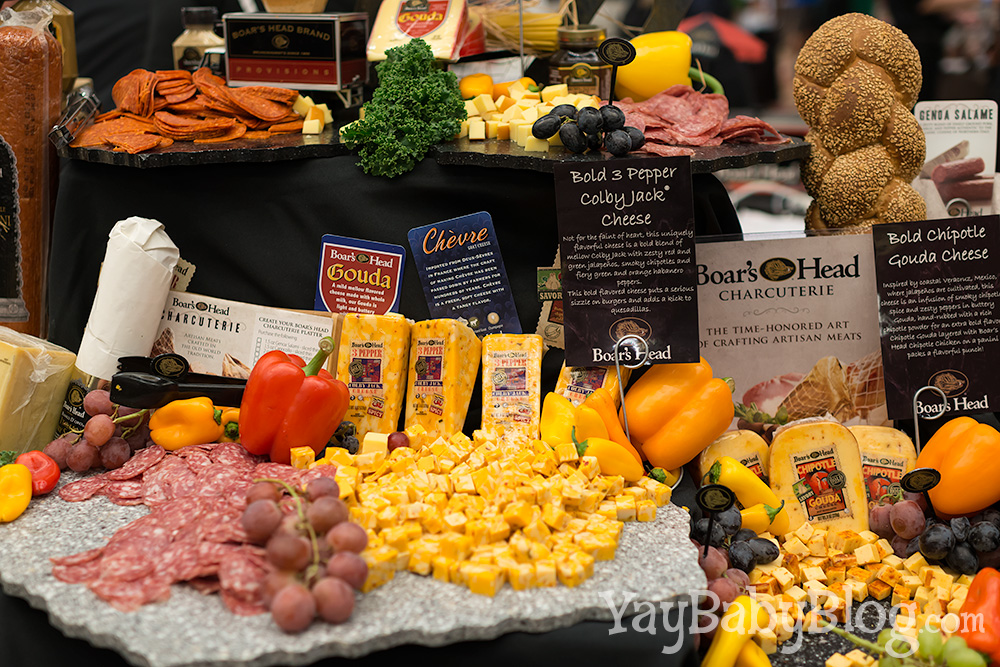 The Fry’s Food Store and Boar’s Head edible display killed it. They had all kinds of good stuff going on – dozens and dozens of cheeses, a variety of meats, salads, breads, desserts, coffee, they pretty much brought the whole store. 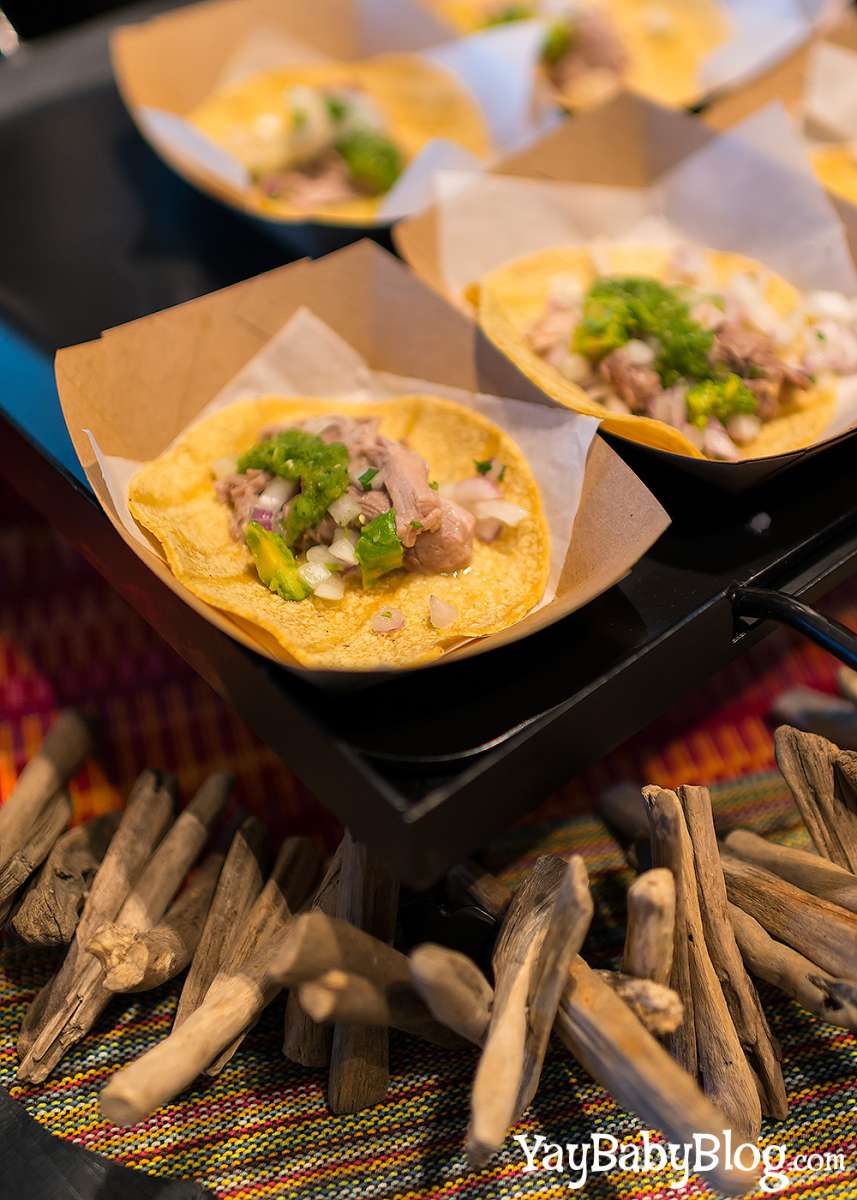 I had to be pulled away from these carnitas tacos offered up from Sol Cocina. They were deliciously spicy and triggered a reminder in me about how much I love that place! 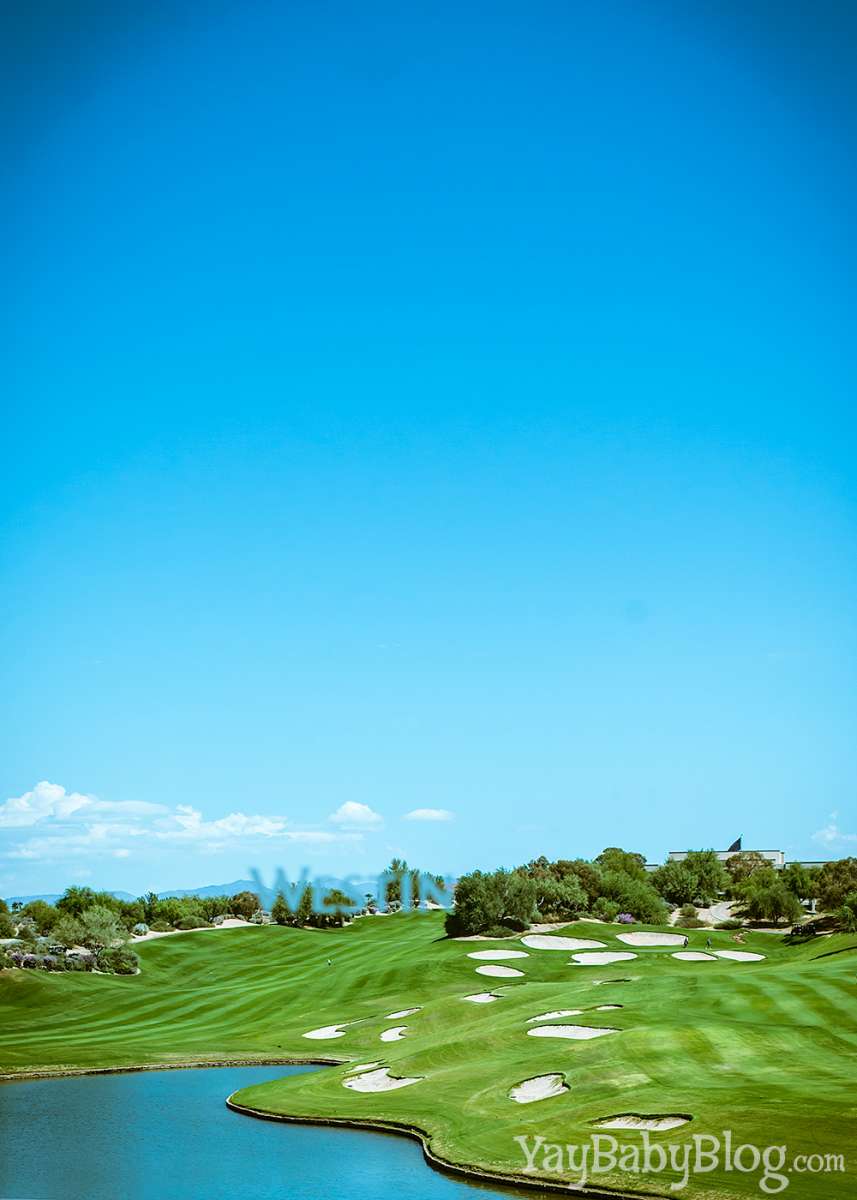 The views were pretty stunning (wouldn’t you agree?). 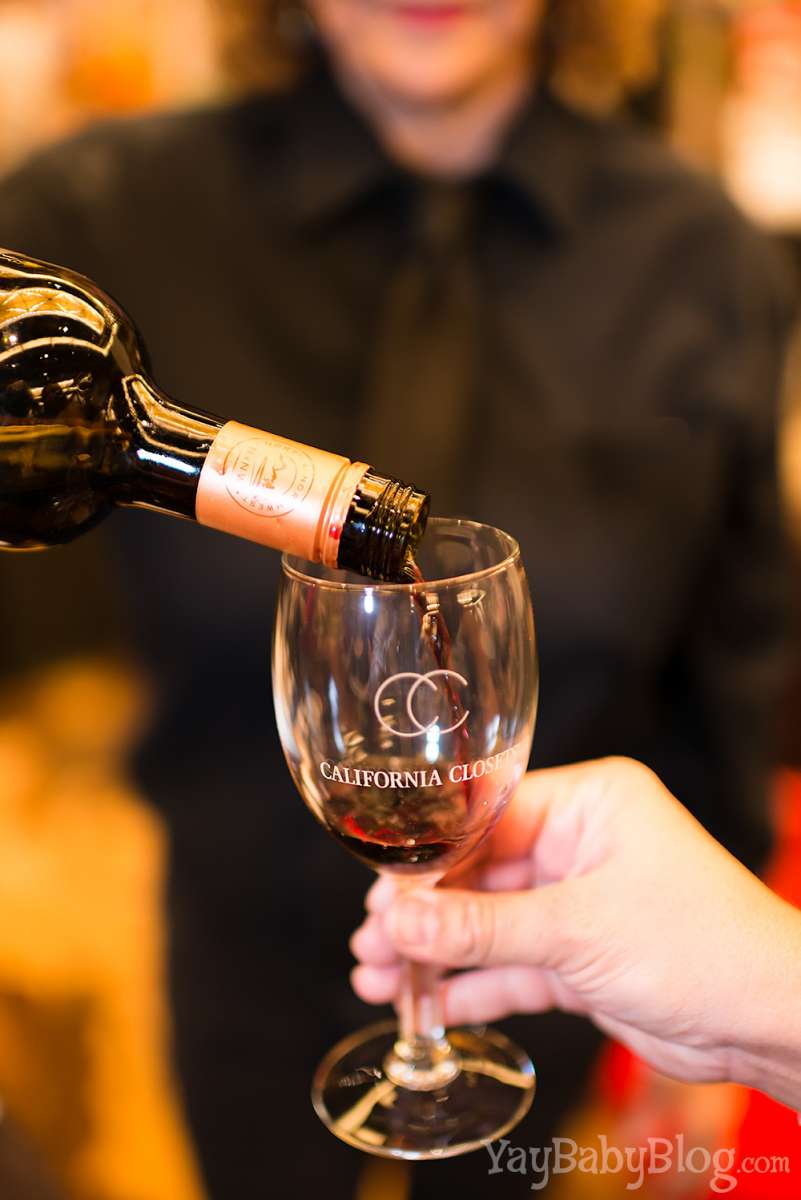 The wine was flowing. 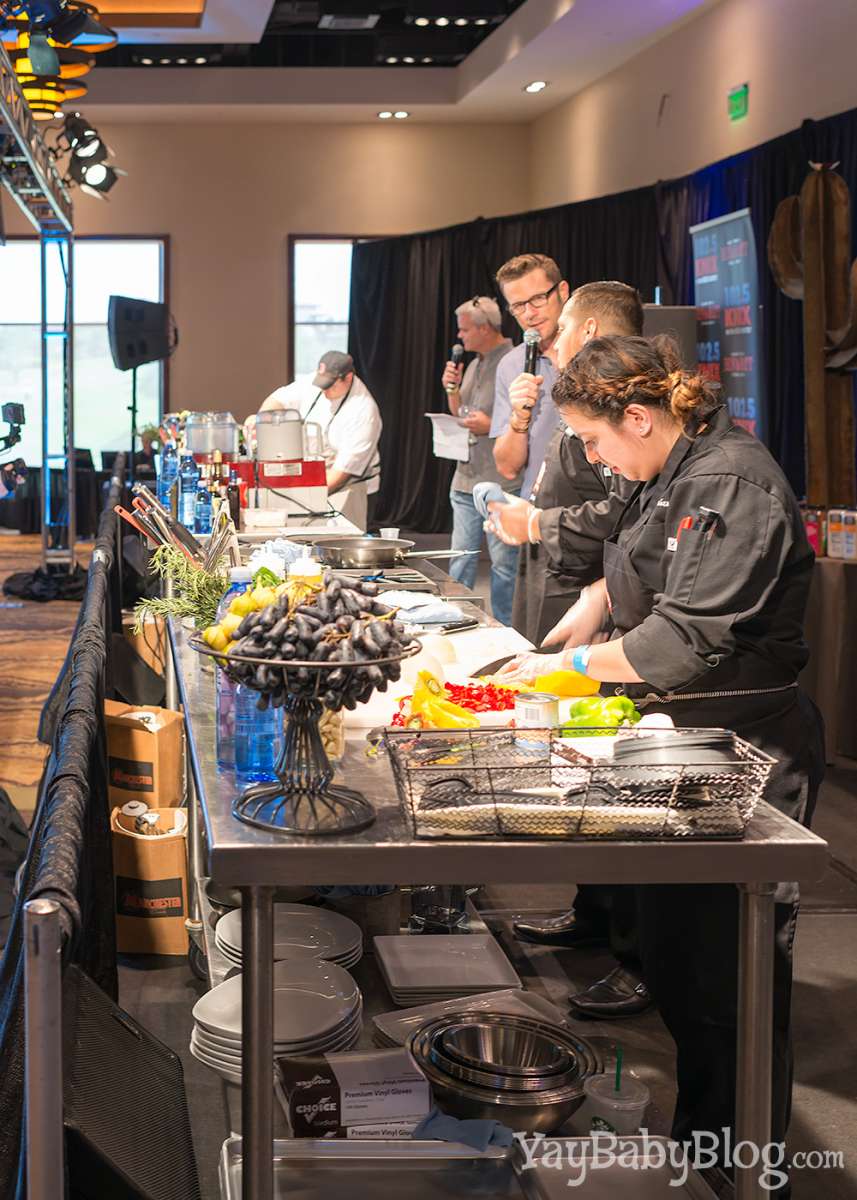 And the culinary show down raged on! 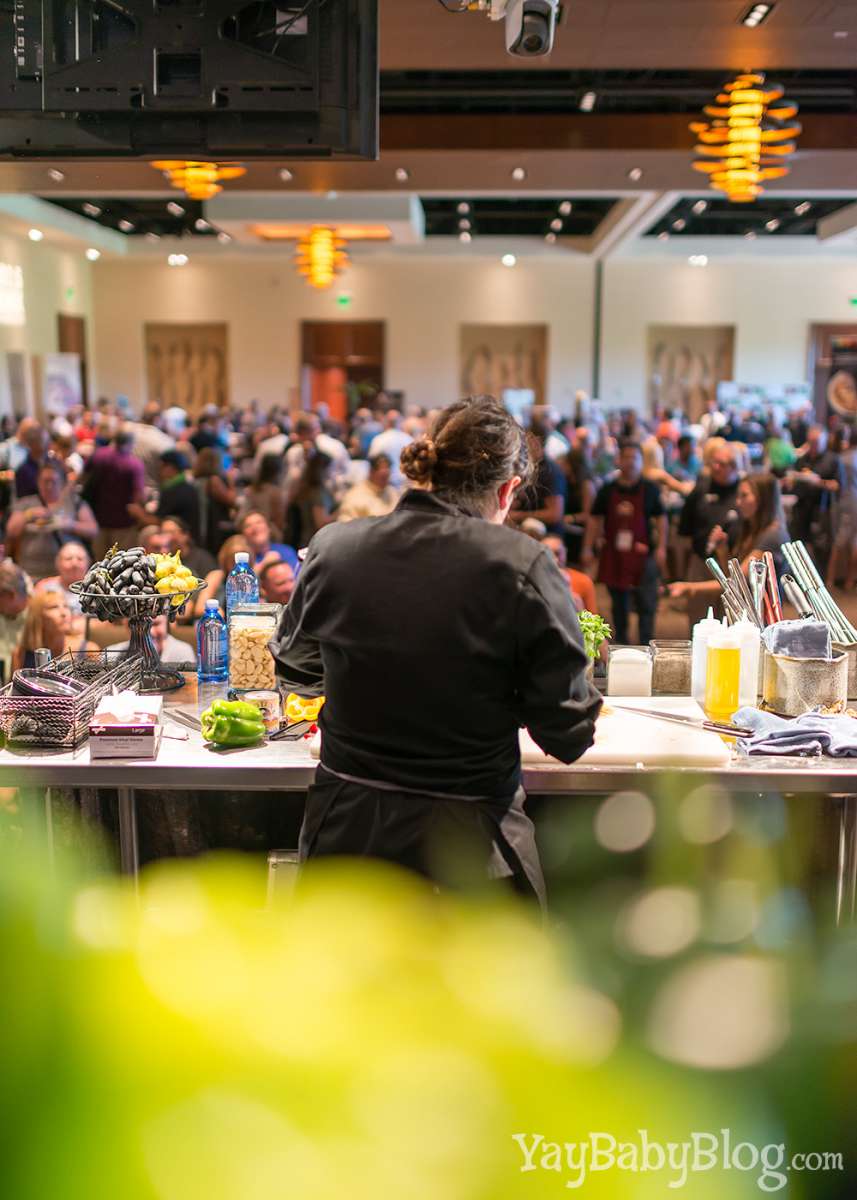 And the crowd loved it! 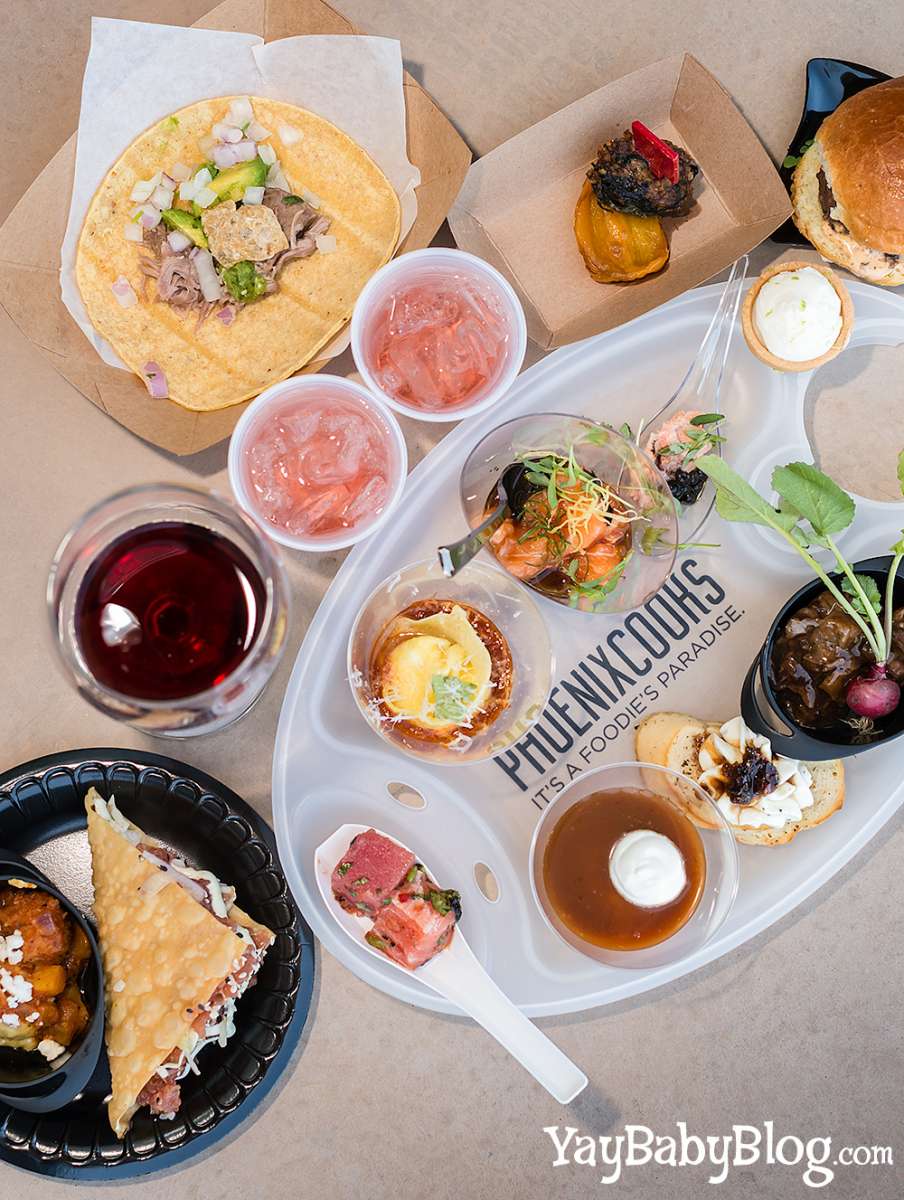 When it was over I went back for seconds!

Thanks Phoenix Cooks and iHeartMedia Phoenix for putting on such a spectacular event. Looking forward to next year.

Disclaimer: I attended Phoenix Cooks as a member of the media. All opinions stated here are entirely my own. All photos in this post are my own.