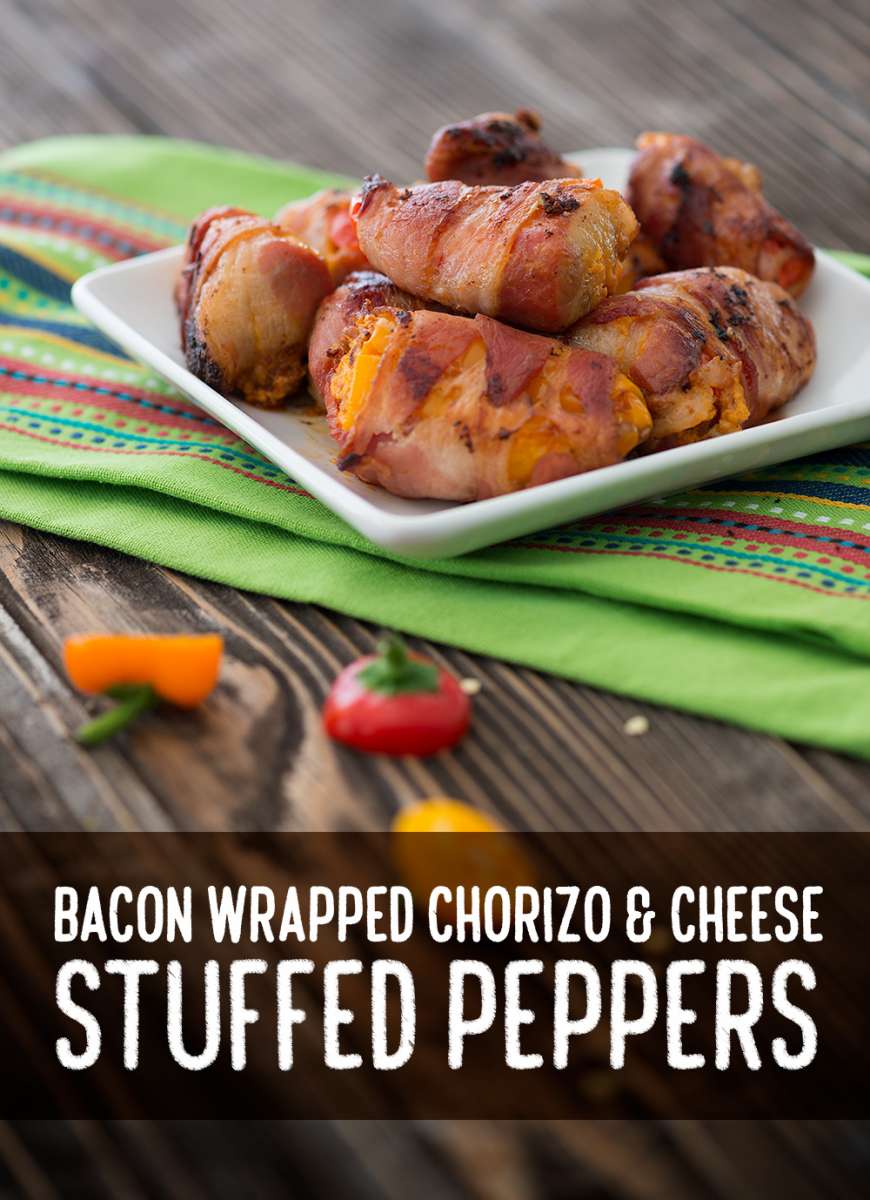 It’s football season, which means means tailgating, potlucks and the need for delicious finger foods! I’ve got you covered with these Bacon Wrapped Chorizo and Cheese Stuffed Mini Peppers.

Jalapeño poppers were my inspiration behind these appetizers, but I wanted something with less heat. Mini sweet peppers fit the bill and make the perfect vessel for stuffing with a creamy cheese blend and the Mexican sausage. The spice from the chorizo lends just the right amount of heat so you won’t even miss the burn of the jalapeño.

Note: if you make these according to my directions you will have plenty of extra filling leftover. I did that on purpose. That cheesey chorizo filling is so dang good and makes a perfect dip! So in making this recipe you are actually getting a twofer! Two appetizer dishes in one. Simply transfer the leftover filling to a heat safe bowl and nuke it in the microwave or pop it in the oven for 15 minutes and you’ll even get browned edges – yum! Serve with tortilla chips for a winning dip!

Here’s a video on how to make these tasty pepper poppers! 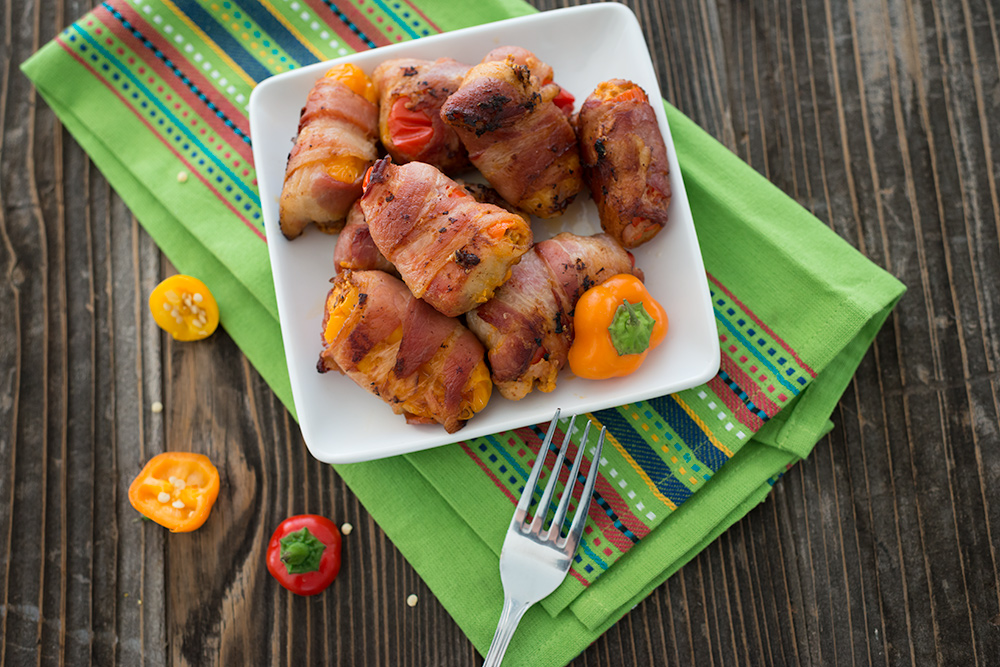